Personality: does it hold the key to influencing?

‘Personality is everything in art and poetry.’

So said Johann Wolfgang von Goethe, and we know intuitively that this is true.

But what about influencing? What is the role of personality in the art and poetry of an influencing conversation?

As a facilitator of CMA’s Influence in the Workplace workshop, I often hear this question. While CMA’s influencing model doesn’t specifically mention personality, there’s no doubt that personality plays a significant role in an influencing conversation. Clearly, the more similarities between you and someone else, the easier it is to build rapport with and therefore influence that person.

But there’s more to it than that. Let’s explore some of the different ways in which personality can affect our ability to influence (and be influenced by) others.

First of all, let’s be clear about what we mean by ‘personality’.

There are many different personality profiling tools available in the market. There are even more opinions on the validity and usefulness of each of these tools. However, whether you’re a Fiery Red, an Expressive, a Dominant, or an INFP, personality is essentially “individual differences in characteristic patterns of thinking, feeling and behaving” (according to the American Psychological Association).

Without going into the specifics of various models, most profiling tools assess personality on the basis of two spectrums (based on the work of Swiss psychiatrist Carl Jung):

Based on these two spectrums alone, we can start to consider how we could adapt our influencing strategy to align more closely with our stakeholder’s characteristic pattern of thinking, feeling or behaving.

Before we go on to look at how personality may affect your ability to influence others, it’s worth noting that most personality theories are based on broad generalisations and assumptions. So take care when factoring personality in to your influencing strategy. We’ll say more about that at the end of the post.

Where does influence come from? And how does personality affect it?

CMA’s ‘4 Sources of Influence’ model – which is derived from the negotiation theory developed by the acclaimed Harvard Negotiation Project – traces all influence back to either Value, Legitimacy, Power, or Relationship. While not an exhaustive analysis, here are some of the ways that personality might affect your ability to influence others.

Value: My value ≠ your value

Value works as a source of influence because it answers your stakeholder’s question (spoken or unspoken): “What’s in it for me?”

If your stakeholder can appreciate the benefits of your proposal, they are more likely to say “yes” to it. The challenge here is that value is in the eye of the beholder – what you value may be different to what your stakeholder values. And personality may have some bearing on how each of you determine value.

The diagram below shows the kinds of questions a person may ask to understand value, depending on where they sit on each of the spectrums:

Here’s an example of how this might play out in practice.

When trying to influence my husband to advance book our September holiday in February, rather than waiting until later in the year, I had to decide how best to influence him.

I could have told him about how excited the kids would be for the next seven months if they had a fabulous holiday to look forward to – something that a people-oriented person might value.

I could also have told him how the need for him to think about the details of the holiday for the next seven months would be removed – something that a passive person might value.

My husband. however, is high on task-orientation and assertiveness. So I went straight for the bottom line and told him how booking now would not only save money on airfares (there was a sale on), but we would also have a broader range of apartments to choose from. He said “yes”.

By choosing to focus on my husband’s perception of value, rather than my own, I could influence him more effectively.

Legitimacy: Give me a reason

Just give me a reason and I’ll come running
When I have reasons, I know the way

There was some truth to his crooning. Legitimacy – drawing on data, evidence, research, and so on – is how we show others that our proposal is objectively wise.

The well-known Copy Machine Study undertaken at Harvard University demonstrated how our brains are hard-wired to look for a reason to comply with a request.

In the study, 60% of people in a photocopier queue allowed someone to go ahead of them when the person asked: “May I use the Xerox machine?”

The number of people who agreed jumped to 94% when the request was changed to include a reason: “May I use the Xerox machine, because I’m in a rush?” This number declined only slightly to 93% when the reason provided was bogus (“because I have to make copies”).

Personality preferences may also affect the type and amount of legitimacy (data or evidence) that is required.

I’m more at the task-oriented and passive ends of the spectrums, and I have a bit of a passion for spreadsheets.

When trying to implement a new performance management system for a former employer, I gathered and input all sorts of data about what systems competitors used. From this information, I reached conclusions about the system we should implement. The data was clear: the proposed system was more user-friendly and would enhance employee engagement.

Power: I’ve got the power

Power can be a ‘quick and dirty’ way of influencing others – the old “do what I want or I’ll do bad things to you” approach.

Of course, while this may be appropriate in some circumstances – think emergencies and urgent situations – using power generally carries a risk of relationship damage and may even encourage retaliation.

The link between power and personality is perhaps less clear. Someone who is more people-oriented or more assertive may be quicker to take offence at an overuse of power because it may challenge their sense of relationship or even their ego. Conversely, a person who is more task-oriented or more passive may be less concerned if that power is exercised in accordance with established rules or norms. The satisfaction of things being done correctly may override any feeling of lost autonomy.

Perhaps the most obvious connection between personality and influencing is through the source of Relationship.

In CMA’s model, we have a greater ability to influence others if their perception of us (in other words, our relationship) supports that influence. For example, you might be more likely to accept feedback from a particular person simply because you like and trust them, whereas exactly the same feedback from a different person might be treated with scepticism.

So how does personality affect perception?

In general terms, it seems likely that those who are more people-oriented are more conscious of the relational impact of their behaviour and potentially more careful in how they manage this aspect of their communication.

By contrast, a more task-oriented person might be less conscious or concerned about the relationship and may also be less swayed by relationship as a source of influence.

Having said that, we need to remember that while we can assess someone’s personality, this assessment is based only on their behaviour – what they say and what they do.

We assume this behaviour is congruent with their personality, but that is not always the case. For example, think about the times when you have seen a work colleague outside the work environment and they have seemed like a different person. We should always take care to validate our assumptions or perceptions before launching into an influencing conversation.

Communication would be easy if it were not for people!

People can be confusing and unpredictable. While personality theories help us generalise about others’ preferred style of thinking, feeling or behaving – and adapt our behaviour to increase the likelihood of success – it is not foolproof.

The key is to be observant and curious in our influencing conversations and to notice when our communication is not getting the response we anticipated. Could this be because we have misread the person’s personality? Or is something else at play?

We need to be flexible to continuously respond to signals, and adapt our strategy throughout the influencing process.

What tips do you have for adapting your influencing skills for different personalities?

Download CMA’s Harvard-based Influencing Planner to influence your key stakeholders and gain buy-in for your ideas. 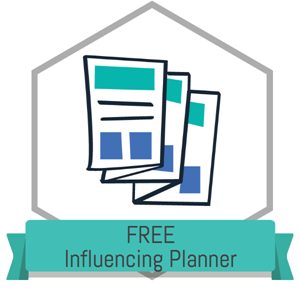