Negotiation: learn from the small stuff

Do you find yourself regularly dealing with minor day to day frustrations?  Or perhaps you have people bringing you endless small problems to solve.  These things certainly seem to crop up a lot for me.  And although I no longer work regularly on major negotiations, I certainly still get a lot of negotiation practice.

As I always advise CMA’s clients, the best learning comes from the review of our past actions. A recent negotiation with my plumber gave me the opportunity to reflect on how useful negotiation theory is in these small interactions.

What happened with the plumber?

Thanks to a particularly wet Melbourne weekend, I recently had cause to call in Matt, my trusty plumber, to repair some gutters on my house. Unfortunately, things didn’t go completely according to plan.

Matt advised me to replace the gutters. To make them work more efficiently, he suggested relocating the downpipe to the front corner of the verandah. This would have covered up a beautifully carved verandah post and been visible from the street. I was unimpressed. We discussed several alternative locations and eventually Matt agreed, albeit reluctantly, to retain the downpipe in its original location.

Once Matt removed the old gutters it became clear that there was a problem. The roof had sagged, meaning that the roofline ran away from where the downpipe was meant to go. Basic physics determined that the only option was to put the downpipe in the front of the house – right where I didn’t want it!

I was pretty angry at this point. If I’d had known that the downpipe had to go in the front, I would have just left the existing guttering until our upcoming renovation work (which would fix the sagging roofline). I now felt that Matt did a sloppy job in quoting and should have predicted this problem.

Luckily, I managed to keep my cool and we were able to come up with an option which worked for both of us. The downpipe was put in the front corner but, with a bit of pushing, Matt devised a design which hid most of the pipe behind the pillar instead of in front of it. This took more time (and cost). In recognition of my frustration, Matt bore some of the additional cost.

So what negotiation insights did I have? 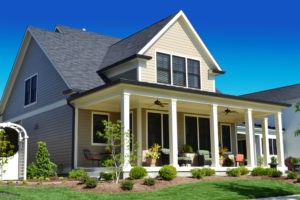 CMA teaches Harvard’s 7 Elements of negotiation and these are a really helpful tool for assessing the success of your negotiation. Let’s have a look at how well I did in using the 7 Elements here.

In a negotiation, you need to know what your ultimate objectives are. Not just what you want, but why it’s important to you.

I think I did pretty well with this element. When Matt said the downpipe >had to go in the front, it would have been easy to get positional and say, “No way!”. But then I remembered that the position of the pipe itself was not important to me, just that it not look unattractive. By staying clear on our interests, we managed to find a solution that worked for both of us.

The best negotiators will explore a broad range of options that maximise value before committing.

I think Matt would agree that we certainly explored lots of options. Matt came up with several possible locations for locating the downpipe, each of which had issues attached. I then asked the question, “Does the downpipe need to be straight?”, which got him thinking of a whole range of other options. Eventually we settled on an option which had the pipe starting where he wanted it but with a series of joins to bend around the back of the pillar where it couldn’t be seen from the street.

3. Get a clear and operational Commitment 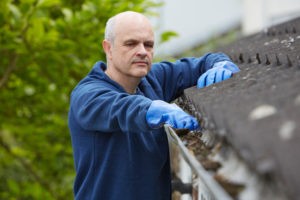 When making agreements, expert negotiators will check that all parties have the same understanding of what has been agreed and considered whether anything could prevent the agreement being actioned.

I got a tick for commitment here – I had a clear, itemised quote from Matt setting out what he would do, the quality of the materials to be used and the cost. Unfortunately, it was only after Matt started the work that we discovered that the commitment was not operational!

Where I could have done better was in doing a reality check of our commitments before agreeing to the quote. I could have asked a simple question like, “What are the issues that could pop up that would impact on the work?” A question like this may have prompted Matt to think a little deeper and consider the problem before it was too late to fix it.

4. Build a Relationship that deals well with difference

An expert negotiator won’t unintentionally sacrifice value in a negotiation at the sake of preserving a relationship. They will avoid this by separating the people from the problem.

In my case, I was left with a residual problem once Matt completed the work. The complicated design had taken significantly longer than he had quoted for. Now, on the face of it, there were things that could have been considered to determine what was a fair split of these extra costs – how much care should he have taken in quoting, how much time related to my aesthetic demands, etc.

Where I could have done better was that I did not even raise the issue of how the extra cost should be dealt with. I didn’t want to create a problem and find myself in the market for a new plumber!

“Matt, I really appreciate all the work that you’ve done for me over the years. I know that you do a great job. I want to reassure that you will still be my first port of call for plumbing issues.

“And, separate to that, I would like to talk about how we deal with the extra costs on this job. I would like to make sure that these are shared fairly. What do you think we should consider when determining a split?”

I hope you’ve found my review a useful reminder of how even the most mundane interactions can be an opportunity to sharpen our negotiation skills.

How prepared are you for your next negotiation? CMA’s Getting to Yes program gives you practical tools and skills for preparing for negotiations and managing difficult moments during the conversation.

To learn more about interest based negotiation, you can read Getting to Yes